Vaio Makes A Return In Japan 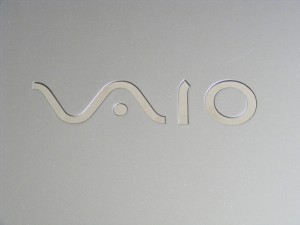 Earlier this year Sony sold off its Vaio PC business to an investment firm in order to concentrate more on their smartphone and tablet business. Many Vaio lovers were very upset with the news. But since then, Sony’s Vaio computers have popped back up, just under new management. Japan Industrial Partners officially put out a new line of Vaio laptops. The only downside is that for right now, these laptops are only available in the Japanese market.

There might be some hope for a new U.S. release though. When Japan Industrial Partners bought the company in February, they said that they would begin selling Vaio laptops only in Japan. That means that after this release, they may start to sell laptops in other countries.

Even though Vaio has a new owner, that doesn’t mean they aren’t going to be the same laptops that we have all grown to love. Despite the new management, the new Vaios aren’t really that different from the old ones at all. Vaio PCs are still going to continue to be sold through Sony’s Japanese storefront. Sony even managed to retain 5 percent of the Vaio business as a part of the deal they made with Japan Industrial Partners. The new versions of the laptops being sold are more or less identical to the Vaio Fit and Vaio Pro laptops that Sony put out in 2013.

Both the Vaio Pro and the Vaio Fit models have optional touch features available as well. You can choose your own built in storage space with options ranging from a 500GB HDD on the Vaio Fit 15E to 128GB and 256GB SSDs on the Vaio pro models.

Pretty much the only difference that you can find in the new Vaio models is that Sony’s name has been removed from below the display where it used to be. Now it has been replaced with just the Vaio name itself.

So far, everything is looking pretty spot on. Even so, it is going to take a little bit of time to see if Japan Industrial Partners have applied the same attention to detail that Sony did when they were producing the Vaios. It will also take a little while to see how well the new branding takes off in the Japanese market, and then we can get a feel for how likely a worldwide release would be. I know there are a lot of sad Vaio lovers out there that are dying for some good news.

Laptops Are Available For Rent In Large Quantity From RentOurLaptops.com, Call 888-736-8301

2014-07-10
Previous Post: Windows 9 Public Preview May Drop This Fall
Next Post: The Acer C720 Chromebook Finally Gives Us A Chromebook With Power