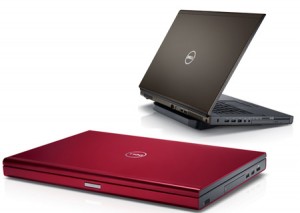 Dell has been pretty off and on with the Linux desktop over the years being the first major OEM to offer consumer Linux desktops back in 2007 but only offering Linux-powered mobile PCs through special order from the company since then. However, all that has changed as Dell will soon be offering two new high-end mobile workstations complete with Red Hat Enterprise Linux (RHEL) 6 for Desktops.

Dell is claiming that the two new laptops, which have been titled the Dell Precision M4700 and M6700, are the “world’s most powerful 15-inch and 17-inch mobile workstations.” The truth of that claim to fame remains to be seen, though these new devices do have rather appealing aesthetics to them.

Both the M4700 and M6700 come with the latest Intel Core i5, Core i7 and Extreme Edition processors with Turbo Boost Technology, as well as a host of graphics cards, including Nvidia’s Quadro K-Series GPUs and AMD FirePro graphics. In addition to that, the M6700 offers AMD FirePro M6000 with PCIe x16 Gen 3 for fast data throughput.

These machines max out at 32GB of DDR3 SDRAM and up to 16GB of 1866MHz memory for high performance and fast access to large data sets. Permanent storage options also include a 512GB solid-state drive, a 256GB solid-state drive or a 750GB hard drive.

Ports for both the M4700 and M6700 include two USB 2.0 ports and one eSATA/USB combo port along with three integrated video ports: VGA, HDMI and DisplayPort 1.2. If you want Ubuntu Linux on your Dell machine then you can still order it from other countries while Ubuntu 12.04 will be on Dell’s new Sputnik Ubuntu laptop, scheduled for a Fall 2012 release.

2012-07-23
Previous Post: New Ubuntu Laptop Coming from Dell This Fall
Next Post: New Mountain Lion Upgrade Takes Up to an Hour on Some Apple Laptops