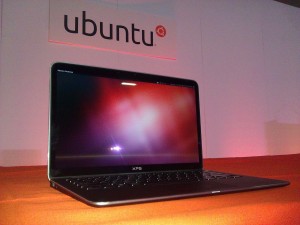 There has been a lot of talk about Dell’s “Project Sputnik” Ubuntu laptop recently with even more news about the device dropping within the past day or so. Word on the street last week was that decisions would have to be made soon about the remainder of the six-month project, which was initially made possible by an internal innovation fund by Dell. Well, the company has actually just announced that the laptop, which is based on the Dell XPS 13 with Ubuntu 12.04 LTS “Precise Pangolin” pre-loaded, will be available in select areas this fall.

According to Nnamdi Orakwue, Executive Sponsor of the Dell Incubation Program and Executive Assistant to Michael Dell, in a recent press release, “Project Sputnik is a great example of the employee-driven innovation we built Dell’s incubation program to enable. This project represents the first of many new ideas Dell employees will test with customers or partners through the program, and we look forward to supporting Sputnik to be successful as it becomes a product this fall.”

The “Project Sputnik” laptop is targeted at developers with a “complete client-to-cloud solution”, according to Dell. Specifically, software included on the laptop will allow developers to create “microclouds” directly on their laptops, simulating a proper, at-scale environment and then deploy that environment seamlessly to the cloud.

Dell just recently launched its “Sputnik Beta Cosmonaut program”, in which a limited number of applicants will receive a discounted beta version of the laptop. Response was so overwhelming when news of this dropped that Dell actually had to stop accepting new applicants.

According to Dell’s Director of Marketing for the Web Vertical Barton George, “Since the beta announcement we have received thousands of applications from around the world. This tremendous response, on top of fantastic amount of input we have received on the Project Sputnik storm session, has convinced us to take this project from pilot to product.”

As of right now, drivers and patches are already available for hardware enablement along with a basic set of key tools and utilities. Profile and cloud tools are on their way while Dell is still trying to work on how it is going to handle the immense number of applicants it has received for the beta program. According to George, “We’ll notify all applicants soon, and intend to keep that process and the future product aligned with the spirit of the program.”