Leaked Asus Chromebook Flip Is a Android Ready 2-in-1

By: Alex Burton
In: Laptops
With: 0 Comments 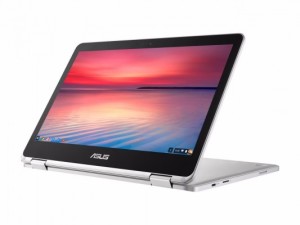 The new Chromebook Flip is one of the first Chrome OS machines to support Android apps, but its been a long time in the making not having seen an update since Asus released one in the summer of 2015. Good news for flip fans, NewEgg Leaked a new version of the notebook called, the Asus C302CA with an all metal design, bigger screen, and faster processor than before. Newegg since has removed the listing which was prices at $499 which makes it seem like this was an accident.