Make Your Own Raspberry Pi – Laptop!

Have you ever thought about turning a Raspberry Pi 2 into a laptop? Well Pi-Top now has a new hardware kit that will let you do just that in just a few minutes.

For those who don’t already know, the Raspberry Pi 2 is a $35 uncased computer. It is really popular to use in drones, robots, tablets, sometimes desktops and other things but with this new kit, apparently it’s about to be a laptop as well. 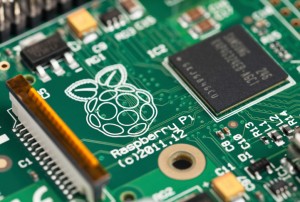 The kit comes with a 13.3 inch screen, battery, trackpad, mousepad, laptop casing and the Raspberry Pi 2 itself. You will be able to run a full Linux-based operating system and do anything you would on any other laptop. Surf the web, check email, run software, look up cat videos on YouTube, and create a blog with fully managed wordpress services. It is also said to get up to about 8 hours on a full charge. Not too shabby.

The Pi-Top kit is going to start shipping out in May. You can order it right now for $299.99 with the actual Raspberry Pi 2 included, or $25 less without it included.

The Raspberry Pi 2 is only a few months old with the original Raspberry Pi selling over 4 million units and earning itself a cult following made up of a lot of do-it-yourselfers. But with the Raspberry Pi 2, combined with this new kit, regular laptop users might actually be pretty interested as well. It’s a lot better than the first version of the tiny computer and is about 6 times faster and has a lot more memory. So, unlike the first version, it isn’t too slow to do the job at all.

This project was announced last year and was super successful with it’s Indiegogo campaign that raised $176,746. It was supposed to ship out with the original version of the computer. It probably would have raised even more money AND done it a lot faster if the Raspberry Pi 2 would have been announced, but either way they got the job done. 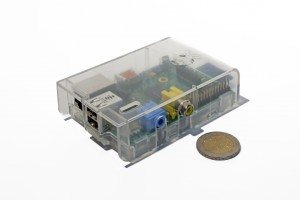 The new Raspberry Pi 2 has a quad-core ARM Cortex A7 CPU which is a popular processor in a lot of budget priced smartphones. It has a Broadcom VideoCore IV graphics processor, which will be able to render 1080p video, four USB ports, an HDMI outlet, an ethernet slot, microSD slot for storage and GPIO pins. The Pi-Top chassis has a removable panel as well so that you will be able to access all of the ports on the Raspberry Pi 2.