When Chromebooks first hit the scene, they were mainly just really cheap, stripped down laptops that weren’t good for much more than surfing the web. Thanks to Acer though, Chromebooks are getting way better. They just unveiled their new version of the C910 Chromebook that has Intel’s Core i5 processor. This means that the new C910 is the fastest Chromebook to ever come out. Acer says that on top of the awesome processor, it is also going to have a 15.6 inch screen and is going to be built with a super durable body. So not only is it a great performer, but it will be sturdy enough to move around and travel with. 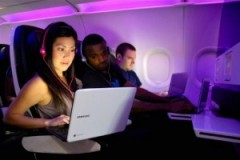 Acer’s C910 series was built with the education market in mind. It originally only came with a Core i3 processor or a 5th generation Celeron. Those versions were pretty cheap, only costing about $299. The newest models that will be configured with the 5th generation i5 processor will have a suggested real price of $500 and will go on sale starting some time in April.

The previous Acer Chromebooks were very impressive when it came to performance and battery life. Neither of those things are common in the world of Chromebooks, and no one really thought that a Chromebook could be a useful and professional tool. Acer has already changed the game with their Acer 15 and the c910 series, so we are super excited to see what the new i5 version can do. 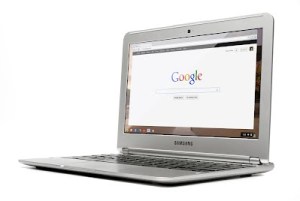 Older Chromebooks like the Toshiba Chromebook 2 and the HP Chromebook 14 had really old processors. It seemed like they got the leftovers from the Intel warehouse and that’s how they cut costs. They performed terribly. Along with Acer though, Google is also trying to make Chromebooks usable tools. They just recently announced the Chromebook Pixel 2, which is going to come with either a Core i5 or a Core i7 depending on which version you buy. It costs about double what the new Acer will though, so in my book, Acer is still on top when it comes to the Chromebook world.

If you are looking for something simple, powerful, and that won’t break your bank, you should really take a look at this one. You get a lot of bang for the buck.