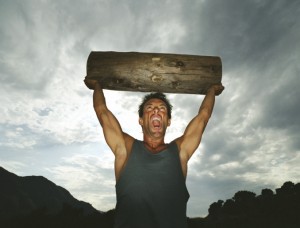 When we think about all of the laptops that come out during the year, it can be slightly taxing on the brain. You have to actually think about which ones you might actually care enough about to buy. There are just certain brands and models out there that don’t really justify a sale to most people. I know for a fact that I’ve seen way more Macbooks that Chromebooks, and that’s just how that normally works. Mind you, this is not without reason. Macbooks and other “powerful” laptops like this are picked over other brands for a reason; power. When you’re taking care of your social media networking, writing up your business report or school paper, and playing your favorite jam on YouTube, you need a processor that can handle that. The Chromebook has never really had that… Until now.

It’s All About Power, Baby

In today’s society, if your technology doesn’t have power, you may as well not even worry about buying it. All of our technology these days need to have enough power to muscle through all of the uses we need it for. This is why the processor is such a big deal with these laptops. There’s a reason why Macbook is looked at as one of the more powerful productive laptops on the consumer market. The previous Chromebooks never really had a processor that could take all of the programs running at one time that users would normally run. That usage overload would often times bring the laptop to a snail’s pace in terms of speed. The new processer within the Acer C720 Chromebook gives it a lot more power than in previous models.

So What’s This New Processor All About?

This new C720 Chromebook is working with a 4th generation Intel Core i3 Processor. Obviously, this is a big step up from the majority of the previous Chromebooks because of the sheer power of this chip. It might not be up there with a gaming computer’s processor, but it will take care of the main gripe that many users had with this particular laptop; multitasking. Many of the Chromebooks weren’t able to take on the number of programs that the consumers would run, mainly due to the fact that the Chromebooks were running off of mobile processors from the Intel Atom line. Needless to say, I don’t think that mobile processors running on a laptop will really give you the processing power that you really need from your laptop.

What Else Comes With This Laptop?

The Acer Chromebooks never really had a lot of storage space simply because of the fact that the Chrome OS runs just about everything through cloud-based software. Even so, they’ve decided to be a bit generous with us this time and give us 32GB of storage instead of the 16GB. It also boasts a 1,366 x 768 pixel display. Some of the ports include a 3.0 and 2.0 USB port, and an HDMI port incase you want to use an extra monitor. Because of the new processor’s power, this laptop’s battery life will be pretty wholesome as well. Slated to be around 8.5 hours of constant use and even claiming a 7 second start up time, the C720 has definitley upped the anty.

Macbooks are very expensive, clearly, so it’s nice to see other companies out there doing what they can to give us powerful products at a cheaper price. The Acer C720 Chromebook looks to be a pretty decent budget laptop, especially seeing as how it’s starting at $349.99. Acer has definitely proven that even budget computers can have power.

2014-07-22
Previous Post: Vaio Makes A Return In Japan
Next Post: There Will Be One Version Of Windows For Every Device In 2015