The Perfect General Use And Gaming Laptop, All In One! 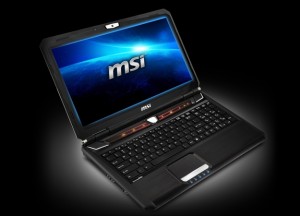 So, the time has finally come where you want more from your laptop than just work. And you’ve gotten to the point where you want to step up from gaming consoles. Maybe you aren’t really into the new PS4 or the new Xbox One and want to stay true to what you already know. It’s a fact that your current laptop isn’t going to be able to handle the games that you want to play. So it would be time for an upgrade, right? What better time than now with Christmas only weeks away. So where do you turn to get a good quality gaming laptop that is still about to show power in other places when needed? Well the new MSI GX60 1AC-021US just might be your answer. But what exactly is this “budget” gaming AND general purpose laptop capable of doing?

Lets start with the gaming side. That is, in fact, one of the main reasons why you might be looking in the market for a laptop like this anyway, right? One of the main reasons that people choose to buy gaming laptops instead of new gaming consoles, is for the graphic capabilities. Well the GX60 has no shortage of that in any way. The laptop is sporting an AMD Radeon HD 7970 GPU, the big brother to the PS4’s AMD Radeon HD 7870 GPU. This graphics card will allow you to bring out the best in a games visuals and make it capable for you to play the games at their full 1080p HD output. That is always a nice touch along with the added visuals to any type of multimedia project. The ability to play these games without any pop-up or frame rate drops is the ultimate goal, and even though this is an entry level gaming laptop, it is still able to get the job done without having to go in and manually edit graphic settings in game too much.

Since this is considered to be, more of a gaming laptop, remember that you will be sacrificing some multimedia power for overall gaming performance capabilities. That is not to say, however, that the machine was made specifically for gaming . This laptop will still be able to take care of all your business projects! Perhaps a high end MacBook Pro would be better at video editing, etc, but giving that up that one benefit is a small price to pay in order to fit business productivity and gaming capabilities all in the same machine.

With the price range sitting at roughly $1,200, it does have a decent price tag, but compared to some other gaming laptops, or even gaming desktops, this is quite the bargain for what all you get.

This can be the perfect work and play laptop, but literally though. Take it to the office to get your work done, and then bring it home to meet up with your clan on World Of Warcraft. Perfect for any budding computer gamers or for the businessman that wants to try his hand at the computer gaming world and wants the visual eye candy that comes with it.