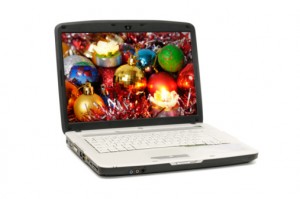 If you fall Linux or Ubuntu at all, then you probably recall the release of System76’s Sable Complete all-in-one Ubuntu desktop PC last month. This device featured a 21.5″, high-definition 1080p display and quad-core, third generation Intel Core i5 or i7 processor, depending on which one you decided to go with. Well, the device has dropped in price by $50 and is gaining a little more attention because of it.

However, System76 announced another Linux-powered device that some people may find even more attractive than the Sable. This new device is the 17.3″ Bonobo Extreme, which features “the world’s fastest GPUs,” according to the company.

This new laptop looks appealing to consumers who like to take their PC gaming on the road, though the high-performance focus will also attract the attention of a lot of business professionals as well. Plus, we all know that the quickest way to end a board meeting debate is to fight it out on Call of Duty.

The most notable feature about the Bonobo Extreme is the inclusion of the Nvidia GeForce GTX 670MX or the GeForce GTX 680M GPU with up to 4GB of GDDR5 memory and 1,344 CUDA Cores of graphics processing power. In addition to that, there is a third-generation Intel Core i7 CPU at the heart of the device.

A full 1080p full HD backlit display is also included, as well as either a matte or glossy finish. The operating system consists of the 64-bit Ubuntu Linux 12.10 Quantal Quetzal and, for data crunching purposes, there is support for up to 32GB dual channel DDR3 1600 MHz memory. Up to 3TB of storage is also available while users can also upgrade to an Intel solid state drive to run Ubuntu and add additional drives for storage.

Another cool feature is the backlit keyboard. Users are able to adjust the brightness of the keys and can also choose from seven different colors for the back lighting, allowing you to customize yours and make it more personal. A Synaptics clickpad provides an extra large navigation surface and rubberized palm rests are there, designed for comfort during use.

Rounding out the device is a built-in 2.0MP high-resolution webcam along with an SD card reader and a whole host of other features. The Bonobo Extreme has a base starting price of $1,499.