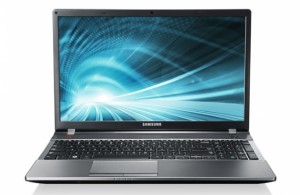 Samsung is poised to release its new series of Windows 8 laptops, PCs and Ultrabooks with the release of Microsoft’s Windows 8 operating system just around the corner. This new lineup from Samsung includes the Series 5 Ultra Touch as well as the Series 9 Premium Ultrabook, the Series 7 laptop and the Ativ Smart PCs. Each of these Win8 devices are currently available for pre-order with retail availability beginning on October 26.

The Series 5 Ultra Touch is essentially a hybrid device, crossing an Ultrabook with a tablet. The device comes with a 10-point multitouch display, which has been optimized to work with all the new touch features incorporated into Windows 8. The touchscreen allows users to easily navigate through the Windows 8 user interface while hardware for the Ultra Touch consists of the latest Intel Core i3 or i5 processor.

The Series 9 Premium Ultrabook, according to Samsung, possesses one of the thinnest and lightest laptop form factors on the market. Samsung has fancied up this product with a ton of premium features. In addition to that, Samsung has dolled up the aesthetics of the Series 7, adding an LED-backlit LCD screen along with a quad-core  CPU from Intel’s Core series.

Windows 8 is definitely increasing competition among manufacturers. Samsung, Dell, Lenovo and Sony are just a few of the big names in the industry that are ready to roll out Windows 8 devices as soon as the operating system becomes available. These, along with the other names in the industry that are prepping Windows 8 devices, should make for an  interesting holiday buying season for the tech industry.