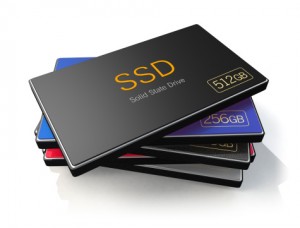 Toshiba recently announced that it will soon begin mass production of a new line of hybrid disk drives that will come with flash memory. The company is marketing them as a low-cost replacement for the solid-state drives typically found in Ultrabook and newer laptop computers.

When it comes to any computer of laptops, memory is key. This is why most of the companies insist on people maintaining the drives by deleting the unwanted files, programmes and folders. In case any data is lost due to any problem, the lost data can also be recovered from the drives provided it is being given to professionals from the TOTL data recovery company who have a reputation of recovering more than 90% of the lost data.

Hybrid drives have been described as a way to achieve the high boost and start-up speeds that solid-state drives have while keeping costs to a minimum. Unfortunately, this technology has been slow to catch on though manufacturers are eager to cut prices on Ultrabooks. With hybrid drives instead of SSDs, Ultrabook manufacturers could knock off 25% of the total price.

According to a recent statement from Toshiba Company Spokesman Atsushi Ido, “Our number one target is the laptop market. Many users are moving to tablets, and to bring them back to laptops, instant start-up is very important. We will sell the hybrids at a price that is close to standard hard drives.”

Toshiba has announced that its new drives cut application boot times by as much as 40% compared to standard disk drives. The company is not disclosing the price of the new drives, which will be sold primarily to manufacturers, though Ido did mention that they will be less than twice the price of standard hard drives.

In addition to that, Toshiba stated that is has begun shipping samples of two hybrid drives in 1TB and 750GB capacities. Mass production is said to start in October with the goal being to produce 3 million drives in the fiscal year, which ends in March 2014.

Toshiba’s 2.5″ drives are 9.5mm thick, which makes them unsuitable for the Ultrabook category. However, Ido did say that by early next year the company will also be launching a 7mm version, which falls under the strict guideline requirements for Ultrabooks.

2012-10-01
Previous Post: Maingear Debuts New Nomad 17 Gaming Laptop
Next Post: Ultrabook Not the Success Some Thought It Would Be