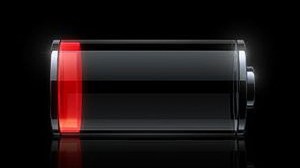 In addition to taking a really long time to load on some devices, it appears as if the Mac OS X Mountain Lion upgrade from Apple is causing power problems as well. According to recent reports, Apple is investigating reports of shorter battery life on Mac laptops for customers who have upgraded to Mountain Lion.

MacBook, MacBook Pro and MacBook Air users started reporting shorter battery life right after Mountain Lion launched on July 25. The longest thread on Apple’s message board started on July 31 and, as of August 6, had over 460 messages that had almost 28,000 views.  Both those numbers are extremely high for Apple.

Users are reporting that battery consumption is significantly faster than before installing Mountain Lion, resulting in a shorter overall battery life. Others are claiming that even after a full charge, their laptops were reporting significantly less time remaining compared to when they were running OS X Lion or Snow Leopard.

According to Apple forum member Salty777, “Bought a 13[-in MacBook] Air with Lion installed, and when fully charged, and nothing running it reported 6 hours and 45 minutes remaining. After upgrading to Mountain, in exactly the same condition, it’s reporting 4 hours 30 minutes remaining.”

Other users have reported that their battery life has decreased by as much as 50% after installing Mountain Lion. Some users have stated that they have been contacted by Apple’s Technical Support, who asked that they submit Activity Monitor Logs and other information for examination.

According to forum member stevo_c in a recent message, “They sent me a data capture app which records background activity that they will use to find the issue. I can confirm this is definitely a software (OS) issues as the guy that was dealing with me said that an update will be issued via the app store as soon as they can work a fix.”

This isn’t the first report of battery issues for an Apple device. The company faced similar issues last fall with the iPhone 4S, which owners said was racing through its power supply at a “prodigious rate”. Regardless, if the problem can be fixed with a software update then you could expect it to be released this month.