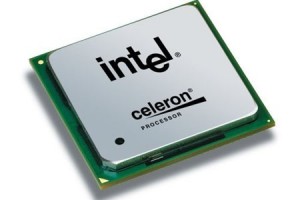 Intel has just begun shipping four new Celeron chips that are intended for low-priced laptops as it plans on gearing up for the back-to-school shopping season. These new dual-core Celeron 877 and 847 chips, which are based on the Sandy Bridge microarchitecture, are a part of the same family of processors that appeared in last year’s low-price $200 to $500 range. The 877 chip will allow vendors to cut prices while also boosting performance.

These new Celeron chips have integrated graphics as well as virtualization support. The processors do not have some of the features available on Intel’s faster Core series processors, like Quick Sync video acceleration or Turbo Boost, where cores can be disabled or sped up depending on processing requirements.