Could the End of Spam Be Near? 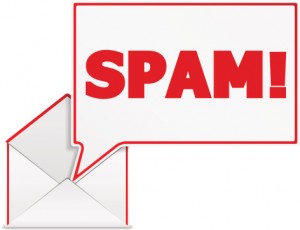 I hadn’t thought about this until reading some recent articles, but I don’t really receive as much spam in my inbox as I used to. Remember the days when you had to be incredibly careful with the emails that you opened? It’s really not like that anymore. Now of course, every once and awhile some spam will appear, but it is usually incredibly easy to spot, and you simply delete it and move on with checking the rest of your emails.

According to FireEye Malware Intelligence Lab security expert Atif Mushtaq, this decline in spam is not due to better spam filters. He claims that the biggest reason for the decreasing amount of spam is the complete elimination of several of the largest spam-producing botnets. If just a few more of these major spam generators could be eliminated, Mushtaq believes that spam could be an almost nonexistent problem.

“Can we dream of a junk-free mailbox? Guess what—it’s just a few takedowns away. In my opinion, taking down the top three spam botnets—Lethic, Cutwail, and Grum—is enough for a rapid and permanent decline in worldwide spam level. We still have to deal with small players, but I am sure that, after seeing the big players being knocked down, they will retreat as well,” Mushtaq wrote on the FireEye blog on Monday, July 9.

Does everyone remember Bill Gates prediction in 2004? “Spam will be a thing of the past in two years’ time,” he had said, and at the time, we all thought he was crazy! Although he was off by a few years, it sounds as though he was on the right track.

Mushtaq has had a hand in taking down some of the largest spam-producing botnets in the world and does not seem to think that taking down one of the last remaining major spam generators will be a huge problem.

“If I were to rank Grum’s takedown difficulty level from one to five where five is the most difficult, I would give Grum a two,” he wrote.

Grum was once the most active spam-producer in the world; however, since January 2012 it has slipped down to the third most active spam generator. As of June, it was only producing 17.4 percent of the spam seen on the Internet.

Mushtaq is very confident in the fact that spam is on its way to extinction. However, he does mention, “No doubt global spam volume is at a record low, thanks to the research community’s efforts against spammers. But the research community needs to maintain this pressure until we reach a point where the bad guys start thinking that becoming a spammer is not worth the risk.”

Sources: FireEye – Killing the Beast – Part 5 and PCMag – Researcher: The End of Spam Is Closer Than You Think