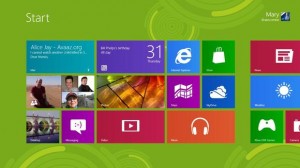 If you are interested in upgrading to Windows 8 but you are worried about paying too much money, then an offer is on the table from Microsoft that you aren’t going to want to pass up. For a limited time, Microsoft will be offering upgrades to Windows 8 Pro for a single, flat $40 fee as long as you are upgrading from Windows XP or later.

This promotion will run all the way through January 31, 2013 and applies to purchases made through Windows.com. A packaged DVD upgrade to Windows 8 Pro will cost you $70 during the promotion period. According to Brandon LeBlanc from Microsoft, “We set out to make it as easy as possible for everyone to upgrade to Windows 8.”

If you decide to take advantage of this upgrade, you will also have the opportunity to add Windows Media Center for free, which is something that could calm down some of the outrage people are  having after finding out that Microsoft will be charging an extra fee for the use of that software.

LeBlanc’s blog post clarifies the options that different users will have if they decide to upgrade as well:

There is also a cheaper option out there as well. If you purchase a Windows 7 laptop or PC between now and the launch of Windows 8, you can upgrade your operating system for $15, though at this point you might as well wait for a new Windows 8 PC or laptop instead of upgrading a new Windows 7 device.

This upgrade move is an unprecedented offering from Microsoft, especially considering the fact that it incorporates Windows XP users. Windows 8 is a huge overhaul of the operating system with a new Metro start screen and the Windows Store for Metro-style apps. The entire future of the company is riding on the success of Windows 8, so naturally, the company is using low pricing as an incentive to consumers.

The only information people are still waiting on is how much an upgrade will cost after the promotion ends in January and when exactly Windows 8 will be shipping to consumers. If the pricing scheme from Windows 7 is any indication of how much Windows 8 will cost, I would highly recommend taking advantage of this deal because it will surely be the best one to come out by far.

2012-07-09
Previous Post: New Apple Patent Could Affect Ultrabooks
Next Post: Could the End of Spam Be Near?