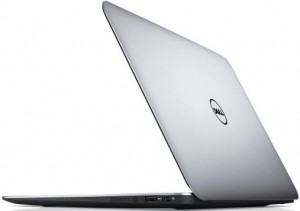 Amazon has a curious laptop on its website, a completely unannounced 14″ Ultrabook from Dell known as the Dell XPS 14. Specifications for the device suggest that this Ultrabook could stand up against some of the other good ones on the market as it has an Ivy Bridge processor, Nvidia discrete graphics, an HD+ display and 12 hours of battery life.

Dell did release an XPS 14 back in 2010 in hopes of reviving the company’s XPS line. Unfortunately, Dell discontinued the 14″ premium laptop last year. The old XPS 14 would have never been considered an Ultrabook, mainly because of its 1.4″ thickness.

The XPS 14 currently on Amazon is about half as thick, measuring 0.71″ and only weighs 3 lbs. Actually, this device is thinner and lighter than Dell’s XPS 14z, which has a 14″ display and a 13″ footprint while weighing 4 lbs and measuring 1″ thick. In order to make this new one thinner, Dell removed the optical drive, which was featured in the XPS 14z and the older XPS 14.

The new XPS also comes with a third-generation Ivy Bridge Intel Core i5 processor, backlit keyboard and Nvidia graphics, though the exact model of the Nvidia graphics card has yet to be determined.

The product listing on Amazon displays some nice upgrades for this device. Among these upgrades is the HD+ Gorilla Glass display and a new battery offering up to 12 hours of run time. The display has a 1,600 x 900 pixel resolution over the previous 1,366 x 768 of the last XPS 14 while the last model’s battery only lasted about 5.5 hours.

Not everything here is good, however. Something that may disappoint some users is that this Ultrabook only comes with a 500GB 5,400 RPM hard drive as opposed to the more desirable solid state drive. However, the premium features on this device could mean that the XPS will come with an SSD boot drive.

As far as specs are concerned, the XPS 14 Ultrabook looks pretty good and, as it stands right now, may be the best competition to the leading Ultrabook on the market, the Asus Zenbook Prime. The completely unannounced Dell XPS 14 is currently listed on Amazon for $1,199.99. It’s not in stock though and probably won’t be until after the first week of June, though you can get an early preview if you hop over to Amazon right now.