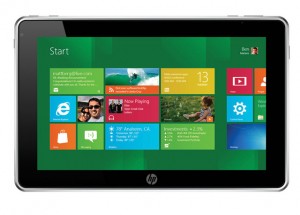 According to a statement from Dell’s CEO, touchscreen laptops and tablets launching with the upcoming Windows 8 operating system will have a slightly higher pricetag than the ones without touchscreens. This seems pretty natural, though Dell is planning on offering a full compliment of Windows 8 products as soon as Microsoft releases the OS according to Michael Dell.

According to Dell, “The touchscreen Windows 8 products will occupy higher price bands, which could mean higher profit margins for Dell. Unlike other Windows transitions, this is a transition where you are going to need a new PC. Touch capabilities could drive more people to buy Windows 8 tablets and PCs.”

Microsoft has still yet to provide a solid release date for Windows 8, though many analysts believe it will release later this year. Lenovo has already acknowledged that it will be selling a ThinkPad tablet loaded with Windows 8 as soon as Microsoft releases the software.

However, Dell has also noted that the upgrade cycle to Windows 8 won’t exactly match the cycle of Windows 7, especially in the enterprise. “Corporations are still adopting Windows 7, so we don’t think there will be a massive adoption of Windows 8 early on,” Dell stated. In addition to that, it is still unclear as to whether or not consumers will prefer tablets or PCs.

That being said, we still won’t know how well the company’s mobility will do until the Windows 8 tablets launch, presumably by the end of this year. Until then, everything is just rumor and speculation. But hey, isn’t that what the internet runs on anyway?