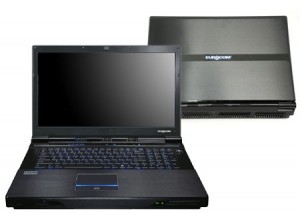 Eurocom has been hard at work adding some of the latest server technology into laptops, including an all new eight-core Intel Xeon processor. These laptops are packed with things that other laptops could only dream of and have even received a brand new name from Eurocom, who is calling these laptops “mobile servers”.

The device itself is actually called the Panther 4.0 and is no lightweight laptop like Apple’s MacBook Air. In fact, the Panther 4.0 isn’t really thin or light at all, though it does pack server equipment into a laptop chassis and could be sold as a mobile version of entry-level servers. The laptop has a 17.3″ screen with a total weight of 12.1 lbs.

According to Eurocom, these devices are perfect for professionals who “frequently travel yet need access to high-performance computing.” Eurocom also added that the Panther 4.0 could also be used as a server replacement for disaster recovery or mobile engineering teams working on remote sites.

Aside from the Xeon E5-2690, the Panther 4.0 also comes with 4TB of storage along with 32GB of DDR3 DRAM with 4 memory sockets. However, the memory capacity doesn’t exactly match up to your more traditional server, which can sometimes get up to 768GB.

These laptops are also built with performance in mind, not battery life. According to an email from Eurocom spokesman  Braden Taylor, “The battery is more of an uninterrupted power supply, to ensure that if the power goes out, you will have power again. With the power in these systems, expecting to run on battery for long periods of time isn’t a good idea.”