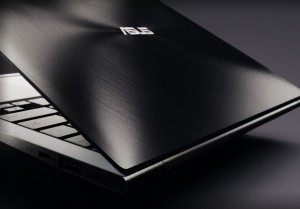 Asus’  line of Zenbook Ultrabooks are due for an upgrade, graphically at least, according to a recent spec sheet that was shared with The Verge. The Zenbook UX21A and UX31A, which are direct replacements for the company’s UX21 and UX31, will come equipped with Intel Ivy Bridge processors as well as matte In-Plane Switching (IPS) displays that support full 1080p HD resolutions.

The In-Plane Switching option is also a fairly big upgrade. IPS technology in LCD panels allows the user to experience better viewing angles as well as richer colors on any device. Steve Jobs emphasized the fact that the original iPad had an IPS screen and wide viewing angles are important, especially for mobile technology. The bad thing is that only a few laptops actually have IPS screens, most of which are business notebooks.

That makes the UX21A and UX31A the very first Ultrabooks to incorporate IPS screens. The higher pixel resolution will also get people talking as well, especially on the UX21A’s 11.6″ screen. The majority of laptops and Ultrabooks currently on the market are forced to stick with a 1366 x 768 resolution, which will make the Zenbooks even more desirable.

In addition to all that, these new Zenbooks will feature backlit keyboards and Intel’s Wireless Display (WiDi) technology, which will allow users to wirelessly stream HD media from their laptops to their HDTVs. Other specs include any version of Intel’s Ivy Bridge processors as well as up to 4GB of RAM and up to 256GB of SSD storage.

The UX21A will presumably start out at around $1,050 with the UX31A starting out at around $1,100. The upgraded display will definitely drive up the price, as will a Core i7 processor and any other extra features you may want to customize with.  Unfortunately, there has been no confirmed release date for these devices but expect them to hit whenever all the other Ivy Bridge laptops start shipping.