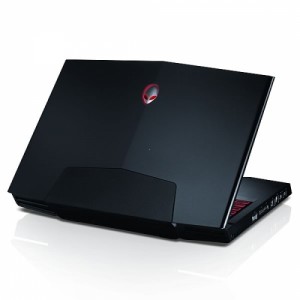 Dell-lab.posterous.com usually has some pretty reliable sources when it comes to everything related to Dell computers. The blog is chock full of rumors about the company and future products, and this time the site states that software engineer Eric G. says that the 2012 lineup of Dell’s Alienware gaming laptops is coming soon and will include the M14X R2, M17X R4 and the M18X R2.

Details, as far as the blog is concerned, are limited at the moment but what has been revealed (albeit in rumor form) is that the M14X R2 will come with a graphics processor with 1GB to 2GB of dedicated video memory, which will also be part of the motherboard. What this means is that the graphics processor won’t be the classic discrete laptop video card you see on many gaming laptops. In addition to that, the M14X R2 will come with a red or black chassis.

The M17X R4 has the option of having the yet-to-be released AMD Radeon 7970, Nvidia GeForce GTX 660M or the GeForce GTX 675M video card. That’s all that has been released about the M17X R4, and I’m afraid the details for the M18X R2 are even slimmer as it has only been revealed that this device will come with either a red or black chassis as well. Additionally, we can assume that the red or black chassis options will be available for the M17X R4.

There is also no mention on the blog about the next-generation M11X (which could also be an R4 model). The last-gen models, M14X, M17X R3 and M18X, have screen sizes of 14″, 17.3″ and 18.4″, respectively, and also include the Sandy Bridge generation of Intel’s processors at their core in both dual-core and quad-core varieties. The last-gen models also have GPUs by both AMD and Nvidia.

It is assumed that this new generation of Alienware machines will come with Intel’s next-generation Ivy Bridge processors, which also means that these devices won’t ship until Ivy Bridge ships sometime in the second quarter of 2012. You’ll have to wait until that time gets closer, I’m afraid, before any more details about these devices emerge.

DVD Video Projectors are exactly what they sound like, a combination unit that combines a DVD media player with a video projector, cutting out the need for multiple pieces of electronics and wiring.
2012-01-25
Previous Post: AMD Looking to Challenge the MacBook Challenger by Making Thinner, Inexpensive Ultrabooks
Next Post: Microsoft Implementing Kinect Technology In Laptops