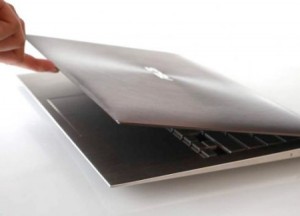 Ultrabooks, the super-slim notebook computers designed around an Intel core and set to dethrone Apple’s MacBook, are seen as a very successful and productive market by many in the tech industry. However, AMD doesn’t think too highly of the Ultrabook brand and is reportedly planning to introduce its very own super-slim netbooks powered by the company’s A Series Trinity APUs.

AMD is planning on offering better prices on these devices compared to the products released by Apple and other companies, which will subsequently start a price war in the world of ultra-thin, ultra-portable notebook computers.

AMD is currently looking at a price of around $500, the average price for your standard laptop. If this becomes a reality, AMD’s devices will be a good $200 cheaper than Ultrabooks powered by Intel cores. However, the lower price will also compensate for the lower x86 performance of AMD’s Trinity compared to Intel’s Ivy Bridge processor.

On the other hand, AMD’s devices will offer faster and more capable graphics. In addition to that, based on the promises AMD is spouting, the devices will offer 17-watt quad-core microprocessors, which should be fairly decent compared to the competition.

One thing that is still unclear is whether or not the build of AMD’s ultrabooks will be on an equal playing field with the ones powered by Intel. Intel has some pretty strict requirements on the build of Ultrabooks and expects PC makers to offer premium machines for a price of around $1,000.

In general, Intel wants Ultrabooks to give users the ultimate experience at a seemingly premium price and not be another run-of-the-mill affordable laptop. On the contrary, AMD is concentrated on pricing and affordability rather than performance and specifications.

The biggest question that remains unanswered is when AMD’s ultrabooks will come into play. A few recent reports suggest that AMD only plans on commercially introducing the devices mid-2012. Before that, AMD promised to launch them in the early part of 2012, though that time frame seems to have changed and now the middle of the year looking more realistic.

Power Point Projectors
Most business class projectors will do a good job displaying your PowerPoint presentation. If you have a small presentation group, a 2000 lumen LCD projector will be able to produce a nice and clear picture. For larger audiences you should consider a 5000 lumen LCD projector.
2012-01-18
Previous Post: Rugged Laptop Rentals
Next Post: Alienware M14X R2, M17X R4 and M18X R2 Gaming Laptops Rumored for Q2 2012