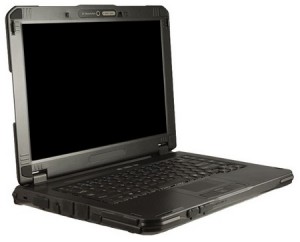 America Reliance Incorporated has just released new laptop models for the company’s popular Rocky line of rugged mobile computing platforms. These new models, known as the Rugged RT9, RK9 and RF9, are faster, more powerful and more flexible than their predecessors and are perfect for data-heavy applications used by the military and public safety sectors.

According to American Reliance’s Vice President of Engineering Solutions Ron McMahan, “Every single upgrade in the new laptops was made in response to the critical needs of end users. Video streaming, biometric file transmission, mapping software and other large footprint applications need greater shared system memory. So, American Reliance has added options for up to 8GB of memory as well as faster processors and a larger memory cache.”

In addition to internal upgrades, American Reliance’s noteworthy ruggedness has also been upgraded with ratings of IP-55, MIL-STD 810G and MIL-STD 461F. American Reliance also ensures reliable and quiet operation with Intel Core 2 Duo Processors which effectively cool via the chassis. In addition to that, the body of the popular Rocky RK9 has been upgraded to be stronger and lighter than ever before.

These three new laptops are all Flexpedient capable with American Reliance’s patent-pending Flexpedient  Technology enabling one computer to run multiple applications. These computers can also be modified to include your application-specific modules by leveraging the traditional device bay for an optical drive.

American Reliance’s Rocky computer platforms have proven their worth in battlefield situations for over 20 years and have rightly earned a reputation for their reliability and sustainability. American Reliance engineers have built the new RT9, RK9 and RF9 with the same toughness and extended End of Life as all of American Reliance’s previous models, ensuring you get the most out of your device.

Power Point Projectors
Most business class projectors will do a good job displaying your PowerPoint presentation. If you have a small presentation group, a 2000 lumen LCD projector will be able to produce a nice and clear picture. For larger audiences you should consider a 5000 lumen LCD projector.
2011-11-23
Previous Post: Laptop Rental Categories
Next Post: iPad and iPad 2 Rentals