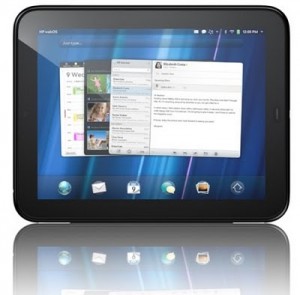 HP recently revealed to the media that the company is planning on delivering a future update to the HP TouchPad in order to boost the device’ s functionality. In addition to that, HP also added that it has witnessed “huge spikes” in TouchPad activation in the aftermath of the company’s decision to discount the tablet.

HP cut the price of the device down to $100 back on August 19 which set off a buying frenzy at retailers and online. This action came after the company announced that it was shutting down its WebOS device business. The TouchPad got a discount because the TouchPad uses WebOS for its operating system.

According to a spokesperson for HP, “We expect that HP TouchPad owners can look forward to an over-the-air update that will enhance the platform and add functionality and a growing applications catalog.” Unfortunately, the spokesperson did not elaborate on what exactly those enhancements would be.

In addition to that, HP also noted that it is seeing “huge spikes in activations and between 3-5x downloads of apps”  as a direct result of the influx of sales of the TouchPad after its August 19 price cut.

In another statement from HP, the spokesperson added, “HP is fully committed to the ongoing support and service of customers who purchased WebOS devices…We plan to continue to investigate the best ways to leverage WebOS software and grow the applications.”

As far as apps go on these devices, HP is continuing to offer free ones. The company announced today that an additional six-pack of free apps, which includes Angry Birds Rio HD and FlightPredictor HD, is on the way.

There is also a free QuickOffice update as well. “QuickOffice HD adds editing capabilities (for Microsoft Word and Excel)to give you more abilities to draft and update documents,” HP stated.