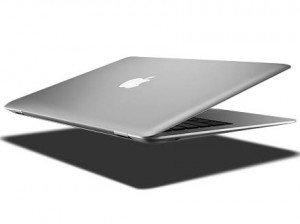 The race to have the most popular ultraportable laptop is definitely heating up, especially since HP reportedly let slip that the company is expecting to be the first to launch laptops based on Intel’s new Ultrabook category of slim, affordable laptops that should provide Windows fans a worthwhile alternative to Apple’s MacBook Air.

According to DigiTimes, HP will be launching no less than two Ultrabook models in the coming months ahead of the UX21 from Asus, which isn’t supposed to debut until September and the laptop Intel used to announce the new category back in May.

Multiple sources told DigiTimes that the HP Ultrabooks will be utilizing Intel’s Core i7-2677 (1,8GHz) and i7-2637M (1.7GHz) dual-core processors. What is interesting, however, is that the latest guidelines from Intel for the Ultrabooks class indicate that the HP models will be under 0.8-inches thick, have a long battery life and cost less than $1,000.

What is most interesting about this bit of news is the timing. Apple is also expected to be refreshing the MacBook Air soon as well, like within the next few weeks or days. Intel believes that Ultrabooks will capture as much as 40% of consumer laptops globally by the end of 2012 and the race is about to begin.

What do you think? Can companies like HP and Asus knock off the MacBook Air from Apple or does Apple have the market so down pat that they can’t not make a good product?