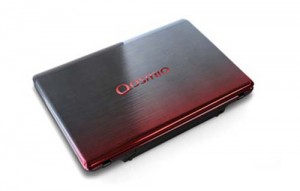 Toshiba has recently announced its revamp of the company’s Qosmio laptop as well as the new premium model line, the Toshiba Satellite P-Series. These new laptops come loaded with premium features like full 1080p HD displays, Blu-ray optical drives and improved sound due to Harman/Kardon speakers and Dolby Sound.

The Satellite P-Series is the big new product on the scene and replaces the old A-Series and M-Series while taking a few features from both. These laptops look very stylish with Toshiba’s Fusion X2 finish but it’s what these guys are packing on the inside that really counts.

The P-Series comes in three different sizes, 14″, 15″ and 17″, and is able to be configured with the full range of second-generation Intel Core processors from Core i3 all the way to Core i7. As I mentioned earlier, the new laptops also come with Harman/Kardon speakers equipped with Dolby Sound. You also get Toshiba’s Sleep n’ Music technology, which allows you to listen to audio when the rest of your laptop is powered down.

In addition to that, the new laptops also come with USB 3.0 ports standard. You can combine these with Toshiba’s Sleep n’ Charge feature to charge any USB compatible device while the laptop is powered down, just like listening to music in the Sleep n’ Music feature.

The P-Series also comes with an optional slot-loading Blu-ray drive as well as optional discrete graphics in the form of an Nvidia GeForce GT 540M graphics processor. If you are someone who is really into playing games and movies on your laptop, the P-Series also offers optional 3D on the 15″ and 17″ models via Nvidia 3D graphics, integrated active shutter 3D technology and even a 3D capable dual-webcam setup.

The basic configuration for the 14″ P-Series from Toshiba starts at $699.

Now on to the Qosmio. Replacing the old Qosmio X500, the new 17.3″ Qosmio is decked out with a ton of high-end parts as well as a fresh new look. In addition to the glossy Fusion X2 finish, the Qosmio also has a strip of red along the hinge that adds to the aesthetic appeal.

The new Qosmio can also be equipped with either the new Intel Core i5 or Core i7 processors and also features a discrete Nvidia GTX 560M graphics processor with 1.5GB of DDR5 memory. To back all this up the Qosmio comes with a hefty 1.25TB hard drive. And, should you be looking to up your performance a little bit, the Qosmio can also be equipped with an optional hybrid drive that pairs this hard drive with a solid-state drive.

The Qosmio will run you a base $1,199 for a Core i5 model with Nvidia discrete graphics. Configurations can go as high as $1,899 if you opt for the Core i7 processor and full 1080p HD display.

Power Point Projectors
Most business class projectors will do a good job displaying your PowerPoint presentation. If you have a small presentation group, a 2000 lumen LCD projector will be able to produce a nice and clear picture. For larger audiences you should consider a 5000 lumen LCD projector.
2011-06-14
Previous Post: Logitech’s Touch Lapdesk N600
Next Post: Acer Announces Aspire Ethos AS5951G and AS8951G Laptops