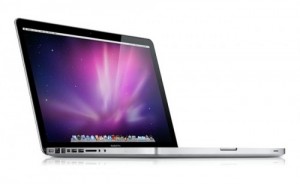 So, ever since the 2011 MacBook Pro came out, people have been complaining about a number of issues that they seem to be experiencing. Just because the device is labeled “Pro” doesn’t mean that it is perfect. The device did get off to a rocky start with some users experiencing issues when outputting video through the Thunderbolt port to their Cinema Displays. Other users experienced freezing issues if their processing loads got too heavy.

However, Apple likes their MacBook Pro and they want you to like it as well, especially if you already bought it. So in order to ensure that you are getting everything out of your 2011 MacBook Pro that Apple promised, the company has released a new software update that is set on fixing all of these issues.

The software update is designed to specifically improve the stability of the MacBook Pro’s graphics, the performance of the 3D and support for external displays as well as Thunderbolt devices. If you want the download it, you can follow this link here or use the built-in Software Update utility that is provided by your Mac OS to give your MacBook Pro that fancy “fresh” feeling.

In addition to this software update a separate EFI Update, known as version 2.1, has also been released by Apple. This update fixes the increasingly odd problem a lot of users were having in seeing that Intel’s Turbo Boost was disabled on some devices. It turns out that this particular issue was related to Boot Camp and Apple has fixed whatever it was that was causing this. So if you need it, you can get the v1.4 firmware update and the EFI Update v2.1 now.