Dell Launches First Spanish-Language Laptop in the US 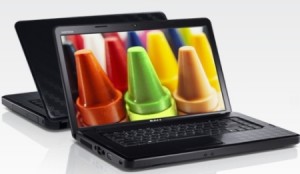 Dell recently launched the Inspiron M5030 on Friday, a laptop that Dell  claims to be the first Spanish-language laptop sold within the United States.

The Inspiron M5030 does not just have a Spanish language operating system, that would be stupid. Anybody with remote knowledge of computers can configure their Windows or Apple OS to operate in Spanish. No, this notebook also contains a Spanish-language keyboard which is designed to give Spanish speakers a familiar experience.

You may be asking yourself, “Why would Dell be releasing a Spanish-language laptop in America?” Well, according to Dell, they were targeting the more than 50.5 million Hispanics that currently live in the United States. Sounds like a pretty good plan to me.

According to Gerald Zapata from Dell, “The launch of the laptop stems from Dell’s commitment to listen to customers. By listening, we realized there was a need to develop a laptop that was 100% designed for Spanish speakers, affordable and available in the United States. The concept was to introduce a laptop that meets all of those needs and enables Spanish-speaking families to better communicate and keep in touch with relatives, share information and experience the ultimate in technology.”

Aside from the obvious physical changes to the operating system and the interface of the keyboard, the new M5030 is practically identical to the existing M5030 which is a Dell laptop only sold in stores.