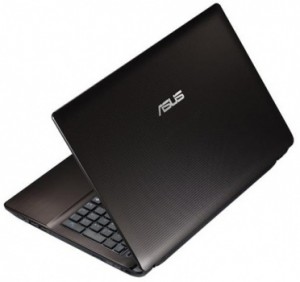 What’s this? Another Intel “Sandy Bridge” laptop from Asustek? No, it can’t be, can it? Yes, yes it can and it is. That’s right, folks, Asustek has officially released another laptop with Intel’s Sandy Bridge chip. This one is known as the Asus K53E and doesn’t look too bad if you ask me.

Both of these devices come with dual CPU cores and both have the Intel GMA HD integrated GPU, 6GB of DDR3 memory, a 640GB hard drive, DVD burner, 1366×768 LED backlight display and a 6-cell battery.

The Asus K53E-A1 and K53E-B1, both of which are dark brown, run Windows 7 Home Premium operating system and are priced at $631.38 and $723.18 respectively. You can get both of these on Asus’s website where the company has also listed two other new laptops, the Asus K53SV and K53SJ.  However, they are not yet available.

Asus makes some pretty good products and they are known for their laptop line. I use an Asus laptop myself and can say that I am quite pleased with the performance it has given me thus far. It is just over three years old and still works as well as the day I bought it.