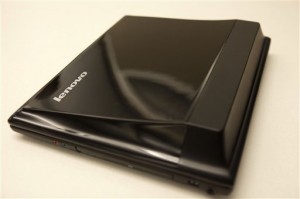 So, we have seen touch screen laptops and even laptops that morph into tablets. We have even seen laptops with dual screens, but now there is a new tech out there that could top them all and that is eye tracking. That’s right, a new laptop prototype floating around right now has technology in it that tracks your gaze and determines what part of the screen you are looking at. This could let you do a lot of pretty cool things and could even allow you to play a game where you zap bad guys with a laser just by looking at them on the screen, potentially turning you into a real-life incarnation of Cyclops from the X-Men!

That may be a bit much to wish for, especially in the prototype stage, but one cool thing this new laptop demonstrated was text scrolling. The laptop automatically scrolled the text on screen down when the sensors had picked up that the reader’s gaze had reached the end of the visible text on the screen.

According to Tobii Technology Incorporated, the Swedish firm behind the technology, the laptop could, in the future, make the mouse cursor appear where you are looking or make your game character maintain eye contact with you. The tracker works by shining two invisible infrared lights at you. Two hidden cameras then look for the glints in your eyes as well as the reflection from each retina. Each different person that uses the laptop has to calibrate their eyes to the technology, but it does work for people who have glasses as well as people who don’t.

Tobii has been making eye-tracking devices for researchers as well as disabled people for nearly a decade now, and this laptop is a way to show that eye-tracking can expand above and beyond those small markets. The laptop itself is made by Lenovo and incorporates Tobii’s eye-tracking cameras which are located in the cover. Unfortunately, this does make the device about twice as thick as a regular laptop, though future commercial versions could be slimmer. Barbara Barclay, General Manager of Tobii’s Analysis Solutions Business, has stated that these laptops may also be only two years away from commercial use.

Tobii and Lenovo made 20 of these prototype laptops and plan on demonstrating them at the CeBIT technology trade show in Hanover, Germany next Tuesday. The current standalone eye-trackers from Tobii cost somewhere in the tens of thousands of dollars range, though Barclay added that the cost of adding consumer level eye-tracking to a commercial laptop could be much less.

Put your eye on the problem with Camera Security Now, installing security cameras since 1999. We install in the US and we can help you do it yourself.