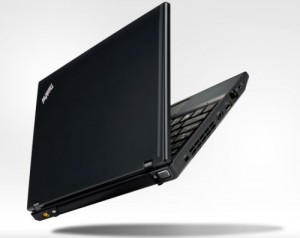 Lenovo is releasing a new ThinkPad laptop soon known as the ThinkPad X120e. The X120e is a new business class ultraportable laptop that features an 11.6″ screen, a low power AMD processor and Radeon HD graphics. The ThinkPad X120e was introduced by Lenovo at CES 2011 back in January and Lenovo stated that the device would go on sale February 15th. Or so we thought. Recent reports from Lenovo have stated that the ThinkPad X120e will not be going on sale until March 8th, a full four weeks later than expected.

But that isn’t the only bad news. To add to the late release date, the ThinkPad X120e will not be available in Western Europe, Japan, Australia or Latin America on launch. To sum it up, if you live anywhere in the world where the Lenovo ThinkPad Edge 11 is available then you can cross the ThinkPad X120e off of your spring shopping list because you aren’t getting it, at least for now that is.

Pricing for the ThinkPad X120e, according to Lenovo, will run you at minimum $400 and up, depending on what kind of specs you get. Speaking of specs, there are a few different options on what you can throw into your own ThinkPad X120e. You will be able to configure your device with an AMD E-350 dual core processor and Windows 7 Professional. The ThinkPad X120e comes with a 6 cell battery offering up to 7.5 hours on a single charge as well as an 11.6-inch 1366×768 anti-glare display, both of which are standard. Like most other ThinkPads, the X120e comes with a TrackPoint system that includes a multitouch touchpad as well as a pointing device in the middle of the keyboard.

The Lenovo ThinkPad X120e is a great business laptop and is perfect if you are looking for a basic laptop and not something too flashy. The ThinkPad X120e will be available from Lenovo on March 8th, 2011 for a base price of $400.