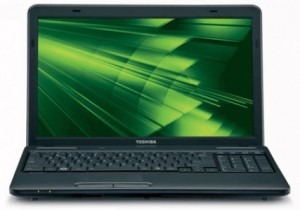 Toshiba is among the leaders in the laptop market without a doubt. They have had so many great products over the years that a lot of people are always eagerly awaiting the next great thing from the company. Well, they may not have to wait any longer as Toshiba has just released their Satellite C650D-BT2N15.

The configurable Satellite C650D-BT2N15 is the first laptop to come out of Toshiba with the AMD Fusion APU technology. The laptop has a lot of great specifications including a 15.6-inch 1366×768 display and the single-core AMD E-240 1.5GHz processor.

As an added feature, users can customize their Satellite a little bit opting to go with a dual-core E-350 processor as opposed to the single-core E-240. You also get the Radeon HD 6310 graphics as well as the UVD3 HD video decoder, adding to the specs.

The laptop itself weighs about 5.5 pounds and runs Windows 7 Home Premium for its operating system. This definitely looks to be a great product from Toshiba as the company heads into the new year full speed. You can pick up the Satellite C650D-BT2N15 now online or in stores for a starting price of $399.