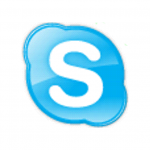 It is very probable that Skype will soon be joining the list of Web sites that China has blacklisted.

On Thursday, December 30, The People’s Daily, a Communist Party-run Chinese newspaper, stated that any other Internet phone service providers besides the two state run companies, China Telecom and China Unicom, were now illegal.

The article went on to explain that it was very likely that the decision made by The Ministry of Industry and Information Technology to ban all other Internet phone service providers would carry over to also ban Skype, China UUCall, “and other similar services.”

There has already been a ban placed on a variety of different sites including Twitter, Facebook, and YouTube (yes, if you consider buying YouTube views for your videos – target to some other geo location), so it’s not a surprise that a ban on Skype should follow.

The ministry is even asking for the public’s help enforcing these new laws. They have set up a hotline so that they can collect reports and distribute PSA circulars.

“Currently, our ministry is working with relevant departments to focus on the crackdown on illegal VoIP [voice over internet protocol calls] and we are now appealing to the public for clues for illegal VoIP cases,” it said in a circular.

“Users in China currently can access Skype via TOM Online, our majority JV partner, said a Skype spokeswoman. “TOM Online offers local versions of Skype for Windows and MAC as well as mobile platforms such as Symbian and Windows Mobile. More details can be found at skype.tom.com.”

A desire for censorship is obviously one of the main reasons that the ministry has made these decisions followed by the new laws. It is known that in the past several dissidents have used Skype as a means to communicate to those outside of China, which didn’t go over so well with the Chinese government. Experts, however, are saying that these new laws could also be spawning from a protectionist motive as well. They pointed out that China has one of the fastest growing Internet-using populations in the world, which could be causing some concern and making the government want to take some precautionary steps. Experts also have been saying though that they believe that it would be nearly impossible to completely ban Skype. They said that this is due to the fact that users could easily download different versions of Skype or other Internet phone call programs from sites that are not based out of China.

Wang Yuquan, one of the chief consultants at Frost and Sullivan in Beijing, told AP that he believed that the announcement from the ministry was merely a subtle warning to Skype cautioning it to not to get too large.

“If the ministry hadn’t made this announcement, I think Skype would have offered its services on a very large scale. Now, with the announcement, it can’t,” he told AP.

In 2007, Skype joined forces with a huge Hong Kong-based Internet service provider named Tom Group. The company had done a great job satisfying most of Beijing’s censorship demands, so it looked like a smart move for Skype. Tom Group also had ties with Google, but those were severed in March.

Last year, Skype China was heavily criticized for assisting the Communist Party in monitoring calls for terms including “Fanlun Gong” and “Tibet.”

Despite the laws that have been created banning Skype, Kan Kaili, a professor at Beijing University of Post and Telecommunications told the Telegraph that “it is very unlikely that they will manage to shut Skype down.”

“Skype is the market leader, but there is also MSN and Gmail Talk. The children of Chinese government officials, who are studying abroad, use these services to call home, so I do not think anyone is going to cut the lines,” Kaili said. “Even if they take a strict approach, such as getting local operators to block the broadband services of people who use Skype, people will still find a way around it.”

It will be interesting to see what steps the Chinese government will really take to see that this ban is enforced. I really have to agree with the experts in saying that completely banning Skype definitely seems like a lost cause, but who knows? We’ll just have to wait and see what they do with things.

Power Point Projectors
Most business class projectors will do a good job displaying your PowerPoint presentation. If you have a small presentation group, a 2000 lumen LCD projector will be able to produce a nice and clear picture. For larger audiences you should consider a 5000 lumen LCD projector. Visit the Worldwide Technology Rental Company…Rentacomputer.com
2011-01-03
Previous Post: ASUS Primed to Release Sandy Bridge Laptops
Next Post: Lenovo Produces New V, Y and Z Series IdeaPads