Microsoft hasn’t even launched its Surface Book yet and already it is making tweaks to the design by adding a low-end model that has been specifically designed to attract gamers with better graphics. The newest version of the most basic Surface Book comes with a separate Nvidia GeForce graphics chip as opposed to relying on graphics tech integrated directly into the model’s Intel Core i5 processor. Separate graphics chips do cost extra though they help when using a device for gaming. Until this announcement, the GeForce option was only available on higher-end Surface Book models. 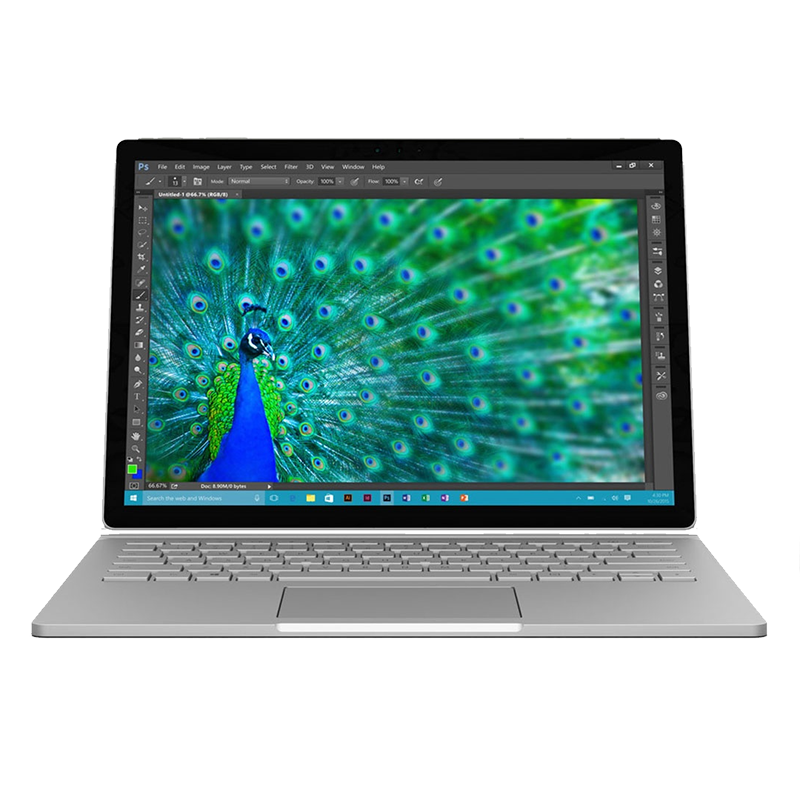 The new low-end, gamer-friendly Surface Book also includes 8GB of RAM along with 128GB of storage. That does drive the price up $200 more than the same model without the GeForce chip, making this version total $1,699. This version is set to be released on Monday, which is the official launch date for all Surface Book models. What’s interesting is the fact that this model isn’t available for pre-order. All other models are showing a four-week to seven-week wait before shipping, according to Microsoft’s website.

Microsoft has been talking about the Surface Book a lot recently, showing off features like the detachable keyboard, touchscreen display, and atypical hinge. Microsoft is calling the Surface Book the ultimate laptop and it is the company’s first actual laptop and is the perfect example of a company transitioning from software to hardware. This transition was first made evident when Microsoft released its first version of the Surface tablets back in 2012 and the Lumia  smartphones back in 2014.

This laptop, which runs on Windows 10, is coming into a market that is already overloaded. The Surface Book will be facing off against devices like Apple’s MacBook as well as laptops from Microsoft’s own business partners. The company has supposedly been tinkering with the Surface Book lineup since it was unveiled on October 6th. It recently added a high-end Surface Book with 1TB of storage for $3,199 earlier in the week, though that model won’t ship until January 22, according to the website.

The additional Nvidia graphics capabilities do add $200 to the price tag though this is the same as an upgrade on the most basic model to 256GB of built-in storage. For people in this price range, they will have to determine whether or not they want more storage space or improved graphics. The one other thing that Microsoft hasn’t revealed is which Nvidia graphics processor is in the Surface Book. The only thing they have said about it is that it will have 1GB of GDDR5 high-speed memory.

Sharing this story on Social Media? Use these hashtags! #Microsoft #SurfaceBook #Laptops #GamingLaptops

2015-10-26
Previous Post: HP Updates Its Budget Stream 11 Laptops
Next Post: Asus’ ZenBook Ultrabook Is On Sale Now For $599 From Microsoft