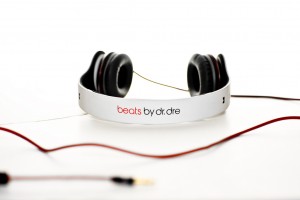 Apple recently purchased Beats Audio for a whopping $3 billion. This was unbelievable news to lots of people, being that it was an absolutely staggering amount of money to invest into a headphone company.

If you think about it though, it is one of the best moves Apple has ever made. They created the iPod, which turned into the iPhone. They created iTunes, which is the biggest music store in the entire universe and is also 100% to blame for the long and slow death of the CD, the CD player, and the home entertainment system as we used to know it. They pretty much changed everything about the music industry and have found a way to make money off of every single artist and every single record label of all time. Why not buy the most successful headphone company out there, and end up owning the best music subscription service in the world while they are at it? Seems completely logical to me. Apple owns music. Apple is music.

What does this mean for HP?

Since 2010, HP has been using Beats technology in most of their higher end devices. It all started with the HP Envy, which was kind of marketed as an audio workstation. Since then it has been a huge selling point for the company. They put it in a lot of laptops and more expensive tablet models, and users could plug their headphones in and have a way better listening experience than with any other computer. All of the music was equalized perfectly to bump hard, suck you in, and make you feel like you were at your favorite artist’s concert.

Now, that is being stripped away from HP. They have until the end of this year to put out any new products that they may create using the Beat Audio technology. Then, they have until the end of 2015 to sell the products that they created the previous year. After that, they must pull every piece of equipment with the Beats name off of every shelf and never sell it again. This is a bad day for HP. They are losing one of their most hyped up selling points.

What is HP going to do about it? Well, considering that the Beats software is nothing more than a software that equalizes all of the audio, they will probably sit down for about 20 minutes and create something that is exactly the same, call it something different, claim that it is way better than before and get on with their lives. It shouldn’t be that hard, realistically, but it still isn’t the ideal situation.

As far as Apple goes, no one has really talked about it, but I’m thinking that future Macbooks will probably have the same Beats technology that was sold with HP products for a long time, along with a few new cool upgrades to it.

Will HP lose tons of business because their main competitor bought Beats? Will the next generation of Macbooks be the most overrated audio workstations that an over privileged college student’s parents could ever buy? Tune in next time to find out.