Google Extends End Of Life Policy To 5 Years For Chromebooks 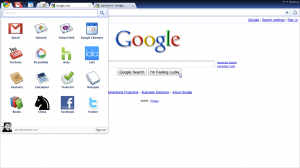 Google completely re-imagined the internet browsing market when it released Google Chrome. Google Chrome went into direct competition with the other big web browsers of the time Internet Explorer and Mozilla Firefox. Since then, Chrome has become one of the most widely used internet browsers and one of the more favorable for users. Due to the success of Chrome, Google started developing small laptops completely designed around a new Chrome operating system, calling them Chromebooks.

While Chromebooks have seen moderate success, Google has announced continuing support for the operating system. According to a recent report from the company, Google has extended guaranteed support for Chrome OS on vendors’ Chromebooks for the next five years, which adds almost an extra year of support for nearly every device.

This new guarantee for network DLP prevention is similar to Microsoft’s more well-known 10-year support life cycle that it has for Windows. Under this new plan, Google promises to provide things like security patches, bug fixes and feature changes to owners of Chromebooks. Google is calling the plan the Chrome OS End of Life Policy.

The previous policy from the company promised general support for a specific Chromebook for four years from its sales debut. Google added the extra year last week. According to a statement from Google on its policy page, “EOL dates may be pushed later than the initial date published, but will never be sooner than listed, which will be at least a minimum of five years from launch of the hardware.”

Before Google implemented this change, the company’s Chromebook 11 was to be supported until January 2018. The revised policy guarantees support until January 2019. After a device reaches its EOL Google will not guarantee to automatically deliver software updates to Chrome OS on that device. This is a subtle difference form Microsoft’s policy. Microsoft’s policy states that when a product reaches its EOL no more patches will be delivered, at all.

Google’s policy is a tad bit more flexible in the fact that there’s the possibility that the company may still continue publishing updates to “obsolete” Chromebooks. Google felt that this new policy change was necessary due to the fact that Chromebook sales have been strongest to enterprise and educational organizations. These organizations needed a guarantee that their investments would be protected and that Google would not suddenly pull support from the devices in a moment’s notice. The good news is that the new policy applies to all Chromebooks, consumer-purchased ones included.

The first Chromebook to be retired by the policy is Google’s own Cr-48. The Cr-48 is a reference design that was created by Google to show OEMs that a Chrome OS, a cloud-based PC was a possibility. Support for the Cr-48 will discontinue December 2015, five years after its initial release back in 2010. The high-end Chromebook Pixel, also from Google, which sells for $1,299 to $1,499, will reach its declared EOL in April 2018.

However, not all Chromebooks are getting this extension. One such Chromebook is the Series 5 XE500C21 from Samsung, which is probably one of the best Chromebook for kids. Google is sticking with this Chromebook’s January 2016 EOL for this device as Google had already announced previously that this date was the official EOL for the Chromebook. If you head on over to Google’s website here you will be able to find a comprehensive list of all the EOL dates for Chromebooks. Google also promises to update the list should the company decide to extend support for anymore devices even further or if a new device comes into the market.