The Samsung Chromebook 2 Is On It’s Way, And It Looks Nice! 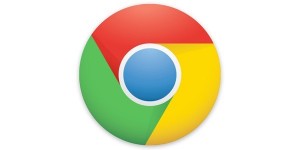 Trying to keep up in the laptop world today is next to impossible it seems. We are constantly bombarded with laptops from companies everywhere. It’s definitely not a bad thing to have the expanded choices, but it can be hard to tell them apart at times. When the market becomes so flooded with new laptops, some get swept under the rug and they all tend to start looking gray. There is nothing really that separates what they are from each other, other than the inner workings. While there is a bit of uniformity for most devices, Samsung has teamed up with Google now in the hopes that they will be able to create something with a bit more identity.

Samsung and Google are looking to make the new Chromebook 2 a bit classier and better than its predecessor.

While the original Chromebooks were looking great for the low budget customer and numbers were looking good, the next generation of Chromebook is going to have to step it up a notch in order to stay afloat. Most of the first Chromebook iterations offered the same things all around. Now the Chromebook 2 is aiming to spice things up a bit, all while maintaining that low budget price that many customers have come to expect from this particular model.

As of right now, there are two models that will be released later this month. Both, the 11.6 inch and the 13 inch models, have gotten some upgrades from their first generation model. In terms of look, the new models will come with a really nice faux leather finish. Something different that what we normally see from EVERY laptop ever. The finish comes with a nice stitched border as well. Nothing more than aesthetically pleasing, and there isn’t anything wrong with that. Both of the models will be running with a Exynos 5 Octa chip straight from Samsung itself. As would be expected, the 13 inch model’s chip will be slightly faster than the 11.6 inch version. Both of the models are coming stock with 4GB of RAM this time around. The vast majority of the Chromebooks before this sat with only 2GB of RAM. Even with with upgraded chips and RAM though, the internal memory storage of the new Chromebooks will stay at 16 GB. It’s a bit frustrating to see this, mainly because some phones offer more storage than this. (We get that it’s budget, but come on guys. Would a bit more storage space kill you?)

Interested In A Laptop Or Netbook Rental For Your Next Event? Contact A Tech Travel Agent With Rentacomputer.com Today At 800-736-8772

Possibly the most notable upgrade comes with the Full HD 1,920 x 1,080 resolution screen seen on the 13 inch model. If the screen is going to be that big, might as well make it full HD right? Unfortunately the 11.6 inch model won’t come with the full HD resolution rate, but will instead be a 720p resoultion. Still not bad, just not as good.. The battery life will always be improved this time around thanks to the Exynos chip. We should expect to see about 8 hours of usage from the new Chromebook 2 when it finally drops. The new laptops will also come with some built-in software ready to go for us. All in all not a bad start for the new Chromebook. Both models are still very well price (in my opinion) for what you are getting. The larger 13 inch model will be right at $399 while the smaller 11.6 inch model will sit comfortably at $319. The extra $80 might be worth it for the higher resolution screen.

Remember that if you aren’t sure if this new laptop could be the one for you when it drops, renting it to try it out before you buy it is always the best option!