By: Zack Duncan
In: Laptops
Tagged: Google, Nicholas Negroponte, One Laptop Per Child
With: 0 Comments 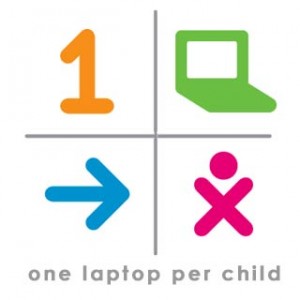 In recent Google news, the internet giant has announced that it has begun selling basic laptop computers to schools at a price of $99, a price point that prominent MIT professor Nicholas Negroponte haled out back in 2005 as the key to bringing computing power to the masses.

Google stated on Monday that it will be offering the dramatic educational discount on its Series 5 Chromebooks made by Samsung Electronics Co. Unfortunately, the offer doesn’t last forever. According to Google, schools will only be able to receive this heavily discounted price on the Chromebooks until December 21, 2012, at which point the laptops will go back to their original $399 price.

Negroponte’s One Laptop Per Child Foundation was unable to meet the ambitious goal it had set for itself, a goal critics said would be impossible to meet when it was first announced. Negroponte’s XO laptops currently sell for about $200, though he is still widely credited with helping launch the era of low-cost portable computing.

The creation of low-cost laptops from Negroponte’s One Laptop Per Child Foundation pressured industry juggernauts, including Intel, Microsoft, HP and Dell, to develop inexpensive versions of their products, which resulted in products like the Netbook and the Ultrabook.

Schools are some of the biggest supporters of new technology, traditionally seeking the latest technology in order to bring about new ways of teaching and instructing students. In addition to that, students of this day and age are so used to using a computer that learning is made easier for them when they have access to the technology, something that can now be enhanced even further with Google’s $100 laptops.