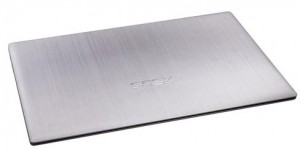 AMD hasn’t been doing too well lately, but that hasn’t kept the company from trying to dethrone Intel at every possible opportunity. The company’s latest attempt includes the realm of ultra-thin laptops, a realm where the Ultrabook design has had some difficulty gaining ground with the large portions of the notebook market.

AMD’s latest attempt to take down Intel comes in the form of the Asus VivoBook U38N, which has officially cleared the FCC and should be coming to retailers very soon. The device features all of the trademarks of an Ultrabook, including the lightweight and super-slim design, along with a hybrid storage solution.

The hybrid storage comes by way of a 128GB solid-state drive and a 500GB hard drive, though there is one key difference between this device and Ultrabooks. The VivoBook includes an AMD A8-4555M quad-core processor as opposed to an Intel Core processor, like an i5 or i7.

The laptop also comes with a 13.3″ IPS screen that has a full 1,920 x 1,080 HD resolution with touchscreen capabilities, allowing it to take advantage of the newly released Windows 8 operating system. In addition to that, the Vivo Book will ship with 4GB of RAM and Bang & Olusen ICEpower audio technology built-in.

The one final thing that this device has in common with Ultrabooks is a rather expensive price tag. Currently the device is listed on Amazon’s German site with a price of over €800, which is a little more than $1,000. The price could be due to the fact that you are getting a quad-core processor in a lightweight device, though mainstream buyers who are used to paying around $500 for a new laptop won’t be drawn to the VivoBook.