Ultrabook Not the Success Some Thought It Would Be

By: Katie Sellers
In: Laptops
With: 0 Comments 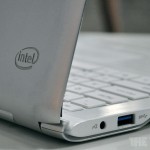 According to stats released on Monday, October 1 by IHS iSuppli, it seems as though Ultrabooks are not making as big a dent in the PC market as was expected.It has been estimated by the firm that only 10.3 million of the slim, feature-packed laptops that Intel dubbed ultrabooks will be sold in 2012. Now, 10.3 million may still sound like a fairly significant number; however, it is an incredible decrease from the previous prediction of 22 million that IHS released earlier in the year. Due to this drastic decrease, IHS has also announced a change to their 2013 ultrabook forecast. Originally, the firm had predicted the sale of 61 million ultrabooks. Now, that number has dropped to 44 million.Craig Stice, the IHS iSuppli senior principal analyst of compute platforms, said in a statement, “There once was a time when everyone knew the ‘Dude, you’re getting a Dell’ slogan. Nowadays, no one can remember a tag line for a new PC product, including for any single ultrabook.”

He continued saying, “So far, the PC industry has failed to create the kind of buzz and excitement among consumers that is required to propel ultrabooks into the mainstream. This is especially a problem amid all the hype surrounding media tablets and smartphones.”

According to IHS there is still hope for the ultrabook though. The company claims that there simply need to be a few adjustments made for it to become a success. The first issue that IHS pointed out was that Intel’s marketing of the ultrabook was completely overshadowed by the mere volume of new tablets and smartphones that were released at the time of the ultrabooks debut.

Another major component of the ultrabook’s lack of success has to do with its pricing. Right now, Intel is charging close to $1,000 for the device. IHS believes that the price needs to be in the $600 range.

“If ultrabooks using the new Windows 8 operating system come close to the $600-$700 range next year, while adding in an attractive new consumer feature such as touch screen, a good chance exists for strong sales in 2013,” IHS stated. “If not—and ultrabooks stay at the $1,000 level—their sales will continue to struggle in 2013 as they must compete against lower-priced options, such as tablets and smartphones.”

Will Intel make the changes that are necessary for the ultrabook to be successful or will it fade into the background among all the other devices that are available for consumers to choose from? It will be interesting to see what Intel does to handle this situation. One thing is clear: for the ultrabook to stand out and be considered a success, something definitely needs to change.

Sources: The Wall Street Journal – Ultrabooks, At Least Under that Name, Still Catching on Slowly and PCMag – Few Consumers Rushing to Buy Ultrabooks

2012-10-02
Previous Post: Toshiba Introduces Hybrid Drives, Aims to Bring the Speed of SSDs at Lower Prices
Next Post: Turn Your Laptop into a Newspaper with the new Urban Camouflage Case