Acer Continues Making Netbooks Despite Every Other Company Abandoning the Market 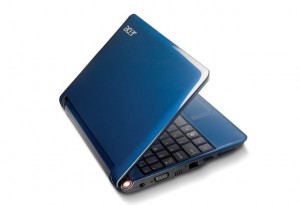 A lot of people are stating that tablets have all but killed the netbook market, and many of them are probably right. Netbooks used to comprise nearly 20% of the laptop market, though that number has sharply fallen to less than 10% today. The devices, which were touted as cheaper, lighter and more mobile laptops, just can’t seem to gain any ground on the rapidly growing tablet market, which is dominated by products like Apple’s iPad.

Due to this fact, many companies have pretty much abandoned the niche altogether, including companies like Dell and Lenovo. Even Asus, which dominated the category for a while, has dropped out as well, opting to focus on tablet production instead. Add that to the fact that Google’s attempt to promote the Chromebook was all but a complete failure and the facts are clear.

However, that hasn’t stopped one company from trying to be the Little Engine That Could in the market, Acer. In a recent interview, Acer chairman and CEO J.T. Wang claimed that netbooks aren’t dead and vowed to continue producing the devices despite the fact that Asustek CEO Jerry Shn believes that the netbook market will expire completely in the fourth quarter of 2012.

The reason behind Acer’s commitment to the product? Well, according to Wang, the devices are still selling well in developing nations, though the sales in developed nations match the ones in developing nations. While that may seem like a reasonable decision, some smaller tablets are even cheaper than some netbooks, provide many of the same features and are a lot nicer to look at and easier to take with you wherever you go.

Add that to the fact that Intel is continuously working with partners to lower the price of Ultrabooks, and this will only serve to chip away at whatever part of the netbook market is left. I have to give Acer credit, however, for sticking it out and trying to make the products work when all the other companies have jumped ship.

Source: ZDNet – Acer still believes in netbooks for some reason

2012-09-13
Previous Post: Acer Shows Off New Laptops, Tablets and Hybrids at IFA 2012
Next Post: WiGig Could Replace the Need for Cables and Connectors on Future Ultrabooks