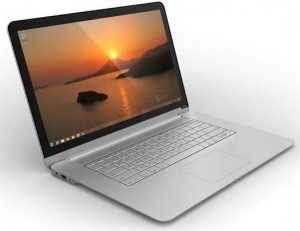 Vizio has officially entered the PC market after it recently announced all new laptops and all-in-one PCs, both of which having a base price of $898. The PC uses Intel’s latest Ivy Bridge Core processors and also runs Microsoft’s Windows 7 operating system. The biggest downside is probably the operating system simply for the fact that Microsoft is on the verge of releasing Windows 8.

Vizio is best known for making TVs though the company did show off its very first PCs earlier in the year. Vizio is coming in to quite a crowded market, however, which includes such powerhouses as HP, Dell, Lenovo, Acer, Apple and others. How the company’s brand new devices will stack up remains to be seen.

Vizio’s all new lineup includes the Vizio Thin + Light ultrabook, which has a base price of $898. The Thin + Light is offered with a 14″ or 15.6″ HD screen, has a boot time of only a few seconds and provides long battery life, according to Vizio.

In addition to that, the Vizio Notebook has a 15.6″ screen and has been described by the company as a “multimedia powerhouse”. Vizio’s all-in-one offering comes with a 24″ screen or a 27″ screen which also has the capability of doubling as an HDTV.

The Thin + Light, the Notebook and the All-in-One will all be sold for $898, which is actually a pretty smart idea because it allows you to choose from multiple products without price becoming an issue. The laptops will be sold at Walmart, Amazon, Sam’s Club, Costco, Target and Microsoft Store. They will also be available for pre-order on Vizio’s website starting June 22, 2012.

In other news, Vizio also announced a 10″ tablet that will run on Intel’s Medfield processor. Unfortunately, there is no word on when that device will be available. Vizio currently offers an 8″ tablet with the Android OS, which is currently available for $208 on Amazon.