Dell Pulls Out of the Netbook Market, Shifts Focus to Ultrabooks 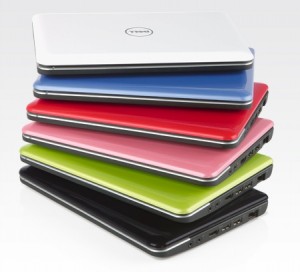 Many people assumed this day was coming, but now it is official. Dell has officially removed themselves from the netbook market. The company, who has made some decent laptops in the past, has decided to focus on creating new lines of Ultrabooks instead and, as of last Friday, has removed almost all signs of its 10″ netbooks from its online store. The 11″ Alienware MX11 is currently now the smallest netbook in Dell’s arsenal.

Alison Garder, Marketing Director for Dell, confirmed the company’s view on netbooks in a recent interview stating, “Thin and powerful is where it is at for us.” Netbooks were supposed to be the next big thing for Dell not more than two years ago. Small, affordable notebook computers allowed users to surf the internet and perform the basics of computing tasks while remaining completely mobile.

However, the recent influx of tablets and the introduction of the Ultrabook standard from Intel, both of which are much more portable, has resulted in a steady decline in netbook sales in the United States and other countries as well. It seems like a lot of companies, aside from Dell, are shifting focus to ultrabooks and tablets instead of netbooks.

However, just because Dell is dropping out of the netbook market does not mean that that the form-factor is completely dead. Companies like Asus and Acer still offer a plethora of netbooks with their Eee PC and Aspire One lines. And even though netbook sales have taken a dramatic dive in the United States, consumers in Asia are still very much enthused by the products.

Vice President of Industry Analysis with the NPD Group Stephen Baker believes that Dell’s move away from netbooks is more about the company itself than the decline of netbooks in general. “I don’t believe netbooks are finished. In this case, I believe Dell is looking to consolidate its consumer form factors around products it can do well and more uniquely than other brands. Especially given there is little crossover for netbooks from consumer to enterprise and Dell’s higher focus level on enterprise, this type of product is the type that they may not necessarily feel is needed for them.”

Power Point Projectors
Most business class projectors will do a good job displaying your PowerPoint presentation. If you have a small presentation group, a 2000 lumen LCD projector will be able to produce a nice and clear picture. For larger audiences you should consider a 5000 lumen LCD projector.
2011-12-21
Previous Post: Samsung Announces First Ultrabook
Next Post: New Patent Files by Apple for Laptop Fuel Cells