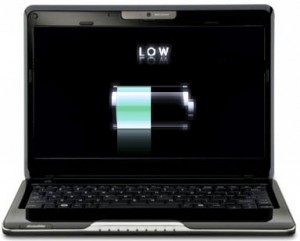 While people absolutely love their mobile technology, the one thing they have the biggest problems with is battery life. Whether it be a smartphone, tablet or laptop, having a battery that lasts a long time is high on the priority list for anybody who is interested in mobile technology. However, batteries don’t always last very long, especially considering all the new things smartphones and laptops are capable of these days. But all that may be changing.

According to recent research, the batteries in your laptop or smartphone could begin seeing a ten-fold increase in not only battery life but also in charging speed in the near future. Researchers at Northwestern University have just developed a lithium-ion electrode that enables conventional lithium-ion batteries to get ten times more in terms of charging speeds and lasting life while still running five times as efficiently as current batteries do after 150 charging cycles, which is equal to about one year of use.

This new boost comes from an adjustment in the charging materials that are being used. Traditional lithium-ion batteries are charged by moving electrons from the electrolyte into the anode, which is typically made of graphene. However, the Northwestern researchers have found a more efficient, alternative material in silicon. Silicon allows four lithium atoms per one silicon atom while the graphene only allows one lithium atom per six carbon atoms.

But even though silicon appears superior, the material does have a tendency to expand and contract during charging, causing damage to the battery, ergo the problem. To address this, the Northwestern University research team has sandwiched clusters of silicon with graphene sheets, which is said to help avoid battery fragmentation.

In addition to that, the researchers also drilled tiny holes measuring 10- to 20-nm in the sheets in order to speed up recharging time. The research team’s next step is to improve the cathode and electrolyte so that the battery can automatically shut off to prevent fires or explosions in the case that the battery temperature gets too high.

I, for one, am extremely excited about this new development. I love both my smartphone and my laptop but it gets annoying when I always need to be near an electrical outlet to use either. If my battery can get an increase in life and charging speeds by ten-fold, that could open up a lot more flexibility for both laptop makers and smartphone designers.

Rack-Mount Server rentalsare ideal if your company needs an extra storage unit for company information while you are testing various types of storage solutions.Whether you need a short-term rental or a long-term lease, we have the right kind of server for your needs.
2011-11-16
Previous Post: $149 HP TouchPad Deal at Wal-Mart and Best Buy
Next Post: Laptop Rental Categories