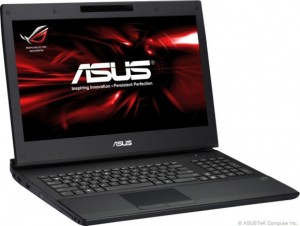 Are you into powerful mobile gaming via a laptop? Do you also like to game in 3D? If you answered yes to those questions, then how do you feel about the 3D glasses you have to wear so you can play 3D PC games? If you are like most people into 3D these days, you probably don’t like the glasses at all. The good news is that Asus has just unveiled a new gaming laptop that offers full glasses-free 3D gaming.

Revealed at Computex Taipei this week, the Asus Republic of Gamers G53SX uses proprietary technology that allows it to convert your standard 2D images into 3D images. The technology appears to work very similarly to the technology found in Nintendo’s 3DS handheld device, only bigger.

There isn’t a lot of information on this product as of right now. Asus has yet to release on official price or release plans, however, we will have all that information for you as the company leaks it out.

However, just because we don’t know pricing or release details doesn’t mean we don’t know anything about the Republic of Gamers. What we do know is that this laptop features a thing known as “mixed mode”. “Mixed mode” involves one window displaying an image in 2D with another window displaying an image, or a video, in 3D on-screen at the same time.

Whether a person actually needs or desires having a feature like this is entirely personal preference, though it does sound like a very cool idea. Asus’ Republic of Gamers G53SX harnesses an Intel Core i7 CPU, Z68 motherboard and a GeForce 560M  graphics chip. The G53SX also has a 15-inch, 1920×1080 full HD screen as well.

Running a game in standard 3D is said to cut your frame rate in half compared to running it in 2D but something like that is expected for 3D gaming, especially on a laptop. We hope to see a lot more details about the Asus Republic of Gamers G53SX glasses-free 3D gaming laptop soon.